Digimon Survive is out on PlayStation®4, Nintendo Switch™, Xbox One and Xbox Series X|S today! 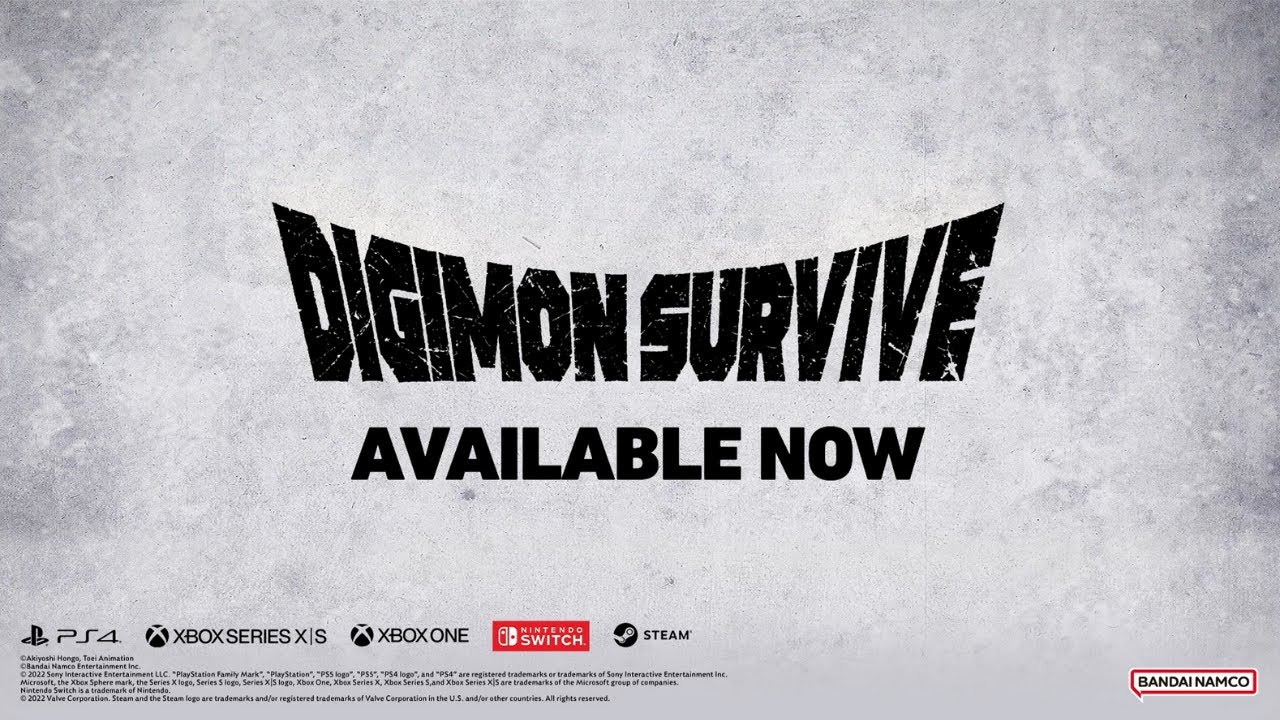 Bandai Namco Entertainment Asia is pleased to announce the launch of Digimon Survive on the PlayStation®4, Nintendo Switch™, Xbox One and Xbox Series X|S today. The Steam® version will be released tomorrow, 29 July 2022.

Players will be able to acquire the DLC-limited additional monster, Guilmon, as the early purchase bonus for the game. For those who purchase the package version of the title, they will receive Digimon Survive Release Commemorative Promotion Pack, which contains three promo cards from the popular Digimon Trading Card Game.

What is Digimon Survive About?

We had no idea that ordinary life is so fragile and fleeting...

Digimon Survive is a text adventure and tactical battle game, featuring the dramatic adventures of the teenage protagonists and their monster allies, as well as tactical battles in which allied monsters are controlled in their clashes against enemy monsters.

Lost on a school camping trip, a group of teenagers are transported to an alternate dimension, and now face a different world where mysterious creatures and monsters are aplenty. The teenagers are forced to fight to survive terrible peril, while allying with some of the monsters they encounter.

Navigate the changes in the story that is dependent on the choices made, and determines the monsters’ evolution

Tactical battles with hostile monsters are fought in 2D, in classic SRPG style, using graphics with enhanced spatial rendering capabilities to portray the mystery and drama of the parallel world. These will occur occasionally in the story, where players can place up to 10 monster allies on the field to fight.

Monsters use up SP when they carry out their skills or evolve to the next stage. By utilising the abilities of each monster, players can devise a strategy and fight while taking into consideration the terrain and environment they are in.