Drum to the beat of your heart with Taiko – be it solo or with friends! Taiko no Tatsujin: Rhythm Festival is available now! 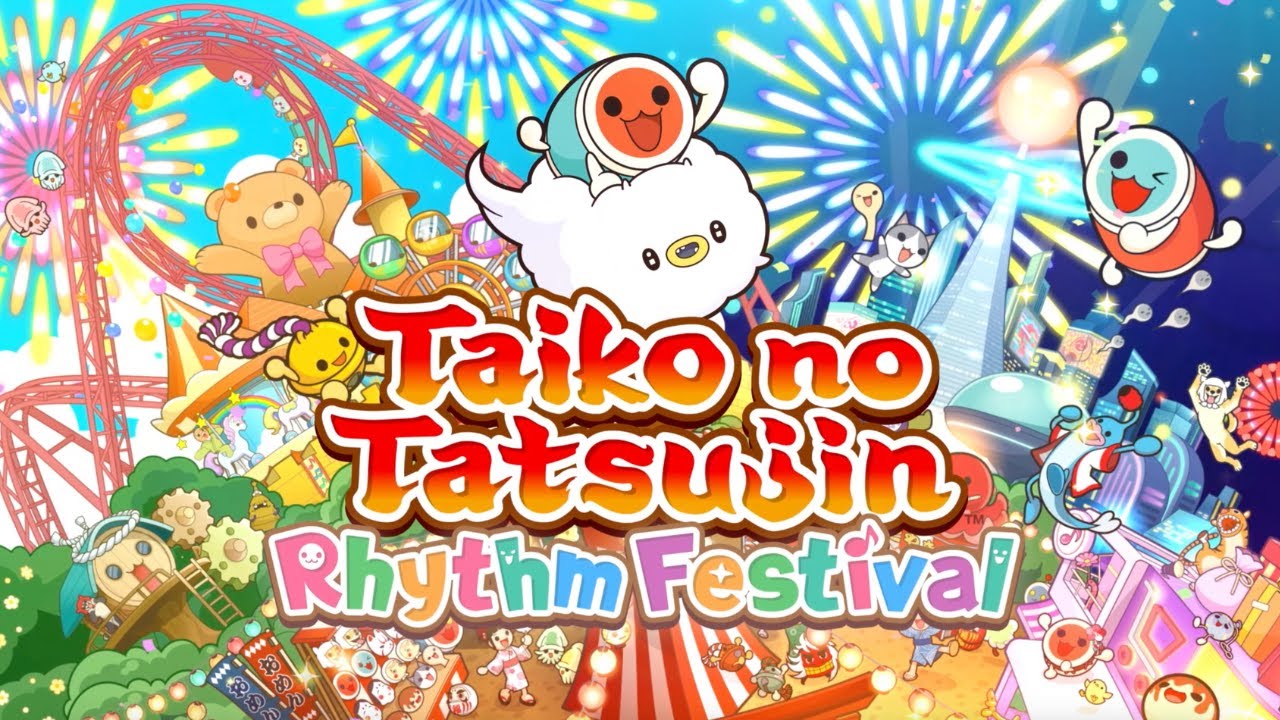 A new trailer has been released to commemorate the launch!

Bandai Namco Entertainment Asia is pleased to announce that Taiko no Tatsujin: Rhythm Festival has launched today on the Nintendo Switch™. Additionally, a new trailer has been released to commemorate the launch.

A special launch trailer has also been released today to commemorate the launch of Taiko no Tatsujin: Rhythm Festival, so please check it out!

What is Taiko no Tatsujin: Rhythm Festival?

A new Taiko no Tatsujin title is arriving on the Nintendo Switch™!

The setting for this new game is Omiko City, a town filled with Taiko-themed fun! Join forces with your partner, DON-chan, and new friend, Kumo-kyun, and aim to become a true Taiko Master!

This title contains more than what the previous title has to offer – featuring 76 new songs like recent smash hits “Gurenge”, “Feel Special” and “Racing into the Night”! Players would be able to play Concierge Mode, which allows them to brush up their skills by practicing difficult parts repeatedly until they master them, or Online Ranked Matches, which lets them battle other players from around the world!

Enjoy a wide range of other brand-new multi-player modes as well, including the Great Drum Toy War, where players would be able to create decks of toys to battle against each other, and DON-chan Band, where four drummers need to work together to make their concert a roaring success!

Drum to the beat of your heart with Taiko – be it solo or with friends! Have fun with the new paid subscription service, Taiko Music Pass, and play more than 500 songs at any time you like!

What is the Paid Subscription Service, Taiko Music Pass, About?

Sign up for the Taiko Music Pass, the paid subscription service, to unlock over 500 songs to play in the game. This includes all in-game tracks as well as popular hits, anime classics, Vocaloid™ songs, game music, and even classical compositions!

New songs will be added to the line-up each month, while special DON-chan clothes will be made available as an exclusive offer for subscribers.

*The 7-Day Free Taiko Music Pass can only be downloaded once per Nintendo account.

*This site is provided in Japanese.

The newest installment of Taiko no Tatsujin for console is coming to the Nintendo Switch™!
ANNOUNCEMENTS •
14 Jul 22
Visit Omiko City, the main stage for Taiko no Tatsujin: Rhythm Festival, full of everyone’s favorite Taiko elements! Together with DON-Chan, meet your new friend, Kumo-kyun and aim to become a Taiko Master!