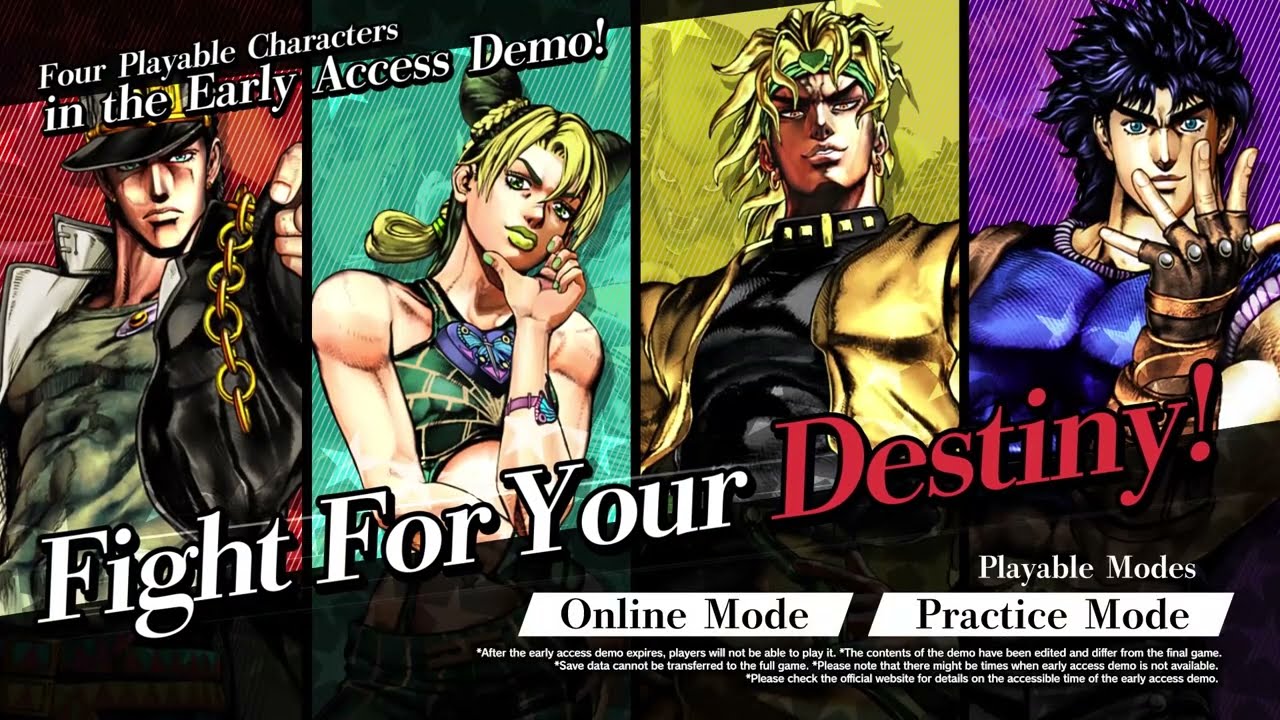 From 16 – 22 June 2022, experience a part of JoJo’s Bizarre Adventure: All-Star Battle R for free, give it a try before its release!

Game Content
Hirohiko Araki’s masterpiece, brought to life as a fighting game!
Battle with 50 colorful characters, wielding Stands, Hamon, and more!
See how characters who could never meet in the story interact when they come face to face!

*Please note that there might be times when early access demo is not available.
*After the demo expires, you will not be able to play the downloaded version.
*The contents of the demo have been edited and differ from the final game.
*Some features are unavailable in the demo.
*Data cannot be transferred to the full game.

For fans who wish to learn about specific characters and their move sets or get early reveals of the game’s roster of fighters, please follow the game’s official Twitter account at https://twitter.com/jojo_games for regular updates, videos, and news from now until launch.

JoJo’s Bizarre Adventure: All-Star Battle R is the biggest game ever in the JoJo franchise, bringing together a massive roster of 50 characters from every story arc in the anime series. Players can experience popular battles from each story and see heroes from different universes interact for the first time, playing as Jonathan Joestar, DIO, Jotaro Kujo, Jolyne Cujoh – daughter of Jotaro and the first-ever female JoJo in the series, and many more.

JOJO’S BIZARRE ADVENTURE: ALL-STAR BATTLE R™ IS SET TO LAUNCH ON SEPTEMBER 1
ANNOUNCEMENTS •
27 May 22
Bandai Namco Entertainment Asia today announced that JoJo's Bizarre Adventure: All-Star Battle R™, the stylistic anime-based fighting game with a massive and memorable roster of characters, is launching for PlayStation®5, PlayStation®4, Xbox Series X|S, Xbox One and Nintendo Switch™ on 1 September 2022, and on Steam® on 2 September 2022!