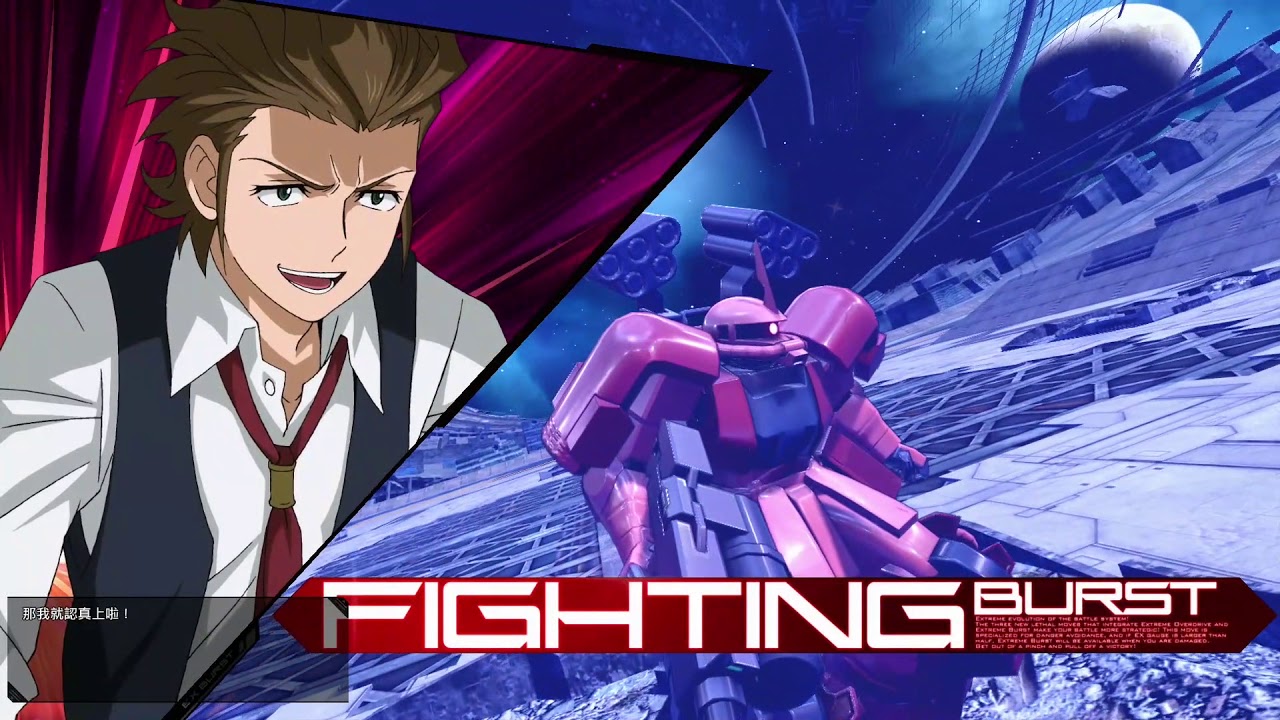 Emerging from the world of Gunpla models and onto videogame screens, the legendary ZAKU AMAZING fighter from Gundam Build Fighters will be launching into the battlefields of MOBILE SUIT GUNDAM EXTREME VS. MAXIBOOST ON, coming to the PlayStation®4 computer entertainment system this year. To heighten the stakes of competitive mecha combat, the game will feature online battle modes as well as a two-player Split Screen mode and a LAN (local area network) Connection Battle mode, allowing for multiple means of battling friends and foes online and offline.

Originally crafted by the “Crimson Comet” himself, Seiho Academy student council president Tatsuya Yuuki, ZAKU AMAZING comes with powerful armaments including rocket launchers, a pair of handguns, shoulder shields, two Heat Nata blades and a long rifle—oh, AND a giant bazooka! Skilled Mobile Suit Gundam pilots can utilize ZAKU AMAZING in battle or foolishly face off against the mecha in 2-on-2 PVP combat. The fighter is a new addition to the fighting game, which was originally released exclusively for Japanese arcades in as MOBILE SUIT GUNDAM: EXTREME VS. In addition, two new Mobile Suit Gundam mecha will be joining the fight in MOBILE SUIT GUNDAM EXTREME VS. MAXIBOOST ON, these new entries will be revealed at a later date.

To celebrate this news, producers Akihito Chiba and Jin Okubo are sharing a new video offering details on their work bringing MOBILE SUIT GUNDAM EXTREME VS. MAXIBOOST ON to Southeast Asia.  Watch it via this link: https://youtu.be/ozBolCKur6o
Please note: The trailer video was originally slated to run as part of Taipei Game Show 2020, prior to its postponement.

MOBILE SUIT GUNDAM EXTREME VS. MAXIBOOST ON will be released on July 30, 2020!
GAME RELEASE •
24 Mar 20
Find out how to take part in the network test and catch the second official PV release! Singapore, 24 March 2020 – BANDAI NAMCO Entertainment Asia announced that MOBILE SUIT GUNDAM EXTREME VS. MAXIBOOST ON, the 2-on-2 EXTREME VS arcade fighting game, will be launching on July 30, 2020 for PlayStation®4. Set in the globally […]